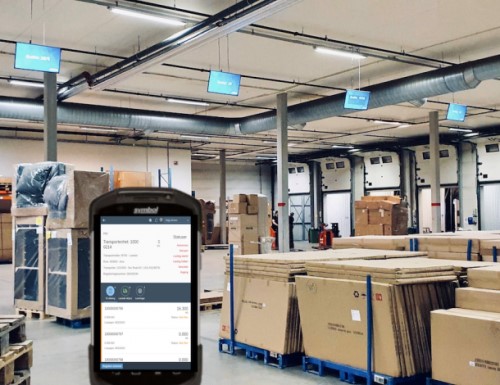 In April 2020, Bohus upgraded to S/4HANA in preparation for the implementation of integrated Embedded Warehouse Management (EWM). The implementation project started shortly after the upgrade, in May, and was executed within a 16 week period. During this time the COVID-19 pandemic had affected all industries, the furniture/interior industry saw an increase in sales, with Bohus experiencing a 40% growth.

The close cooperation between Pearl and Bohus resulted in a solution tailor made to Bohus’ needs and which will prepare them well for the move to a new warehouse in 2021.

Bohus is Norway’s largest furniture chain, 1300 employees and 60 stores nationwide. Bohus was first established as “Møbelhandlere AS” in 1976 which comprised 14 independent furniture retailers. In 2015 Bohus had a yearly revenue of approximately 3 billon NOK.

Transition to the new system

Before Bohus was able to implement integrated EWM, the ERP system needed to be upgraded to S/4HANA which would give them new possibilities and ability to achieve higher performance. The transition to S/4HANA would give a faster and more cost-effective system which would enable the upgrade of the warehouse management system to integrated EWM. Bohus made the decision to implement the new EWM system before moving to the new warehouse in order to limit the extent of unknown factors of such a move.

“In 2021 Bohus Logistics will move to the new premises in Heia, Fetsund, where much of the production will be automated.  It was therefore necessary to upgrade the SAP WM system which Bohus has been using since 2014.  SAP EWM was selected, delivered by our partner Pearl. We chose to do the upgrade prior to the move, so that the new system has been worked through before the move next year. The new system has been in operation for one month and we have already streamlined parts of our operations, so we are pleased with the project and the system which Pearl has delivered. Cooperation with consultants from Pearl has been good and it is easy to take contact with them.  We get help straight away” Eva Nordgård, IT and process responsible at Bohus.

The new system has been developed in close cooperation with Bohus which has resulted in a solution which has been quickly adapted to Bohus’ exsiting warehouse processes. Continuous communication during development, implementation and after go-live has been important to ensure an effective delivery of a system that meets Bohus’ requirements.

It was important to optimalize the Apps, from the earlier WM-system which was run via Neptune Launchpad, and simultaneously deliver a system that would allow an easier transition for the warehouse employees.  This need for this presented itself during the implementation when sales increased with 40% during the COVID-19 pandemic. During on-site support after go-live, the system processes were further tailored to the warehouse processes to further improve the user experience. With on-site support after go-live of the new EWM system, the processes of the system were further adapted to the warehouse processes executed in the warehouse in order to improve the user experience.

Pearl has experience from both decentralised and integrated EWM from previous projects, with Motek, Fjellsport and Borregaard.  In the case of Bohus, it was most beneficial to implement integrated EWM as Pearl has good experience with this from previous projects and the system is highly cost effective.  By reusing templates developed by Pearl and the extensive experience with other clients, Pearl has streamlined implementation and reduced pitfalls before, during, and after implementation.